﻿﻿The Benalla Sustainable Future Group was established in 2010 by Benalla & District residents concerned about environmental sustainability and the lack of action on climate change both locally & nationally.  By coming together we can work towards a more sustainable future & a cleaner planet﻿.﻿
NEXT BSFG GENERAL MEETING - THURSDAY 29 SEPTEMBER, 7.30PM - UNITING CHURCH
BSFG Newsletter #33 - August 2022

BSFG's August 2022 Newsletter (#33)  In his recent President's message, Peter Holmes suggests 'the early signs of the new government are promising, without being entirely convincing', and recommends writing letters to politicians and newspapers to make the point that any new mines will make it impossible for Australia to honour its emission reduction target. An article introducing U3A Benalla Sustainability Group's new convenor, John Lane, follows.  Newsletter Editor Ian Herbert's thought provoking articles include -'Australia's First Commercial Thermal Energy Storage', 'Sustainability: Whose responsibility is it?'; 'Methane and Dodgy Accounting' (in which he concluded "It's time to stop burying our heads in a fracking well'); and 'Random Thoughts on (De) Growth'; while Peter Maddock from the Ecological Sustainable Planning and Development and Retrofits Group has written about  on 'Retrofitting Older Buildings', 'Ecological Sustainable Development and Planning' and the 'Time Value of Carbon'.   We are so fortunate that deeply committed, considered environmentalists Peter Holmes, Ian Herbert and Peter Maddock are prepared to take the time to write about and share their journey in thinking deeply about environmental issues with us through the Newsletter.  Thank you so much Peter, Ian and Peter!

At the BSFG General Meeting onThursday 28th July, lots of worthwhile discussion followed reports from the five action groups formed since the BSFG 2022 Review.   Catch up with further developments at our next General Meeting on Thursday 29 September! 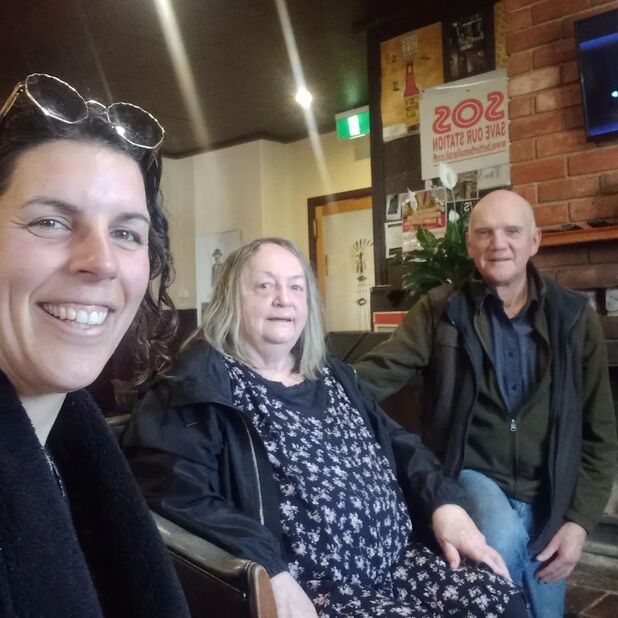 A wonderful meet up st the Northo in early September with the BSFG social media and website team to discuss reinvigorating BSFG's Instagram presence!!   If you have content or local events to share let us know!!!
Rachel, Bev and Peter - and Lou who was with us in spirit